Campaign announcement coming as Herman Cain's poll numbers dive in Iowa. "The Des Moines Register's poll, parts of which were released Friday, showed the former pizza executive with eight percent support among likely Republican caucus goers, down from the 23% he received in October." Launches 'Women for Cain' website…. 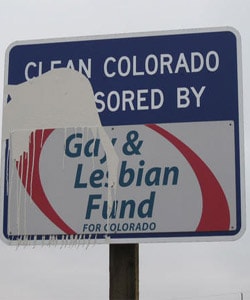 Father of gay teen who took his own life because of bullying commits suicide 18 months later.

Andrew Cuomo reaps rewards of passing marriage equality: "On Friday, Mr. Cuomo is scheduled to fly to Los Angeles for the first out-of-state political fund-raiser of his 11-month tenure — an elaborate event at the home of a gay couple, one man the White House decorator and the other an HBO executive. Other hosts fill a long list of Hollywood glitterati, including the director Rob Reiner, the 'Lost' co-creator J. J. Abrams, the 'Sex and the City' creator Darren Star and the actress Vanessa Williams. The Los Angeles reception follows four fund-raising events in New York in the last seven months that drew heavily on supporters of same-sex marriage." 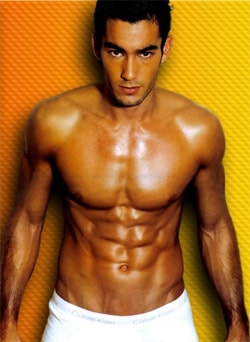 Aaron Diaz can be in front of you for the next 12 months.

One of Chicago's oldest Roman Catholic churches, Our Lady of Mt. Carmel, is not happy that the Gay Pride parade has been rerouted in front of it: "Church officials say they may not have morning Masses for the first time in nearly 100 years on the day of the parade. 'Your help is needed,' a post on the church's Facebook page reads."

NYT journalist Ralph Blumenthal remembers the first stories about gay rights marches: "But, oh, I was cautioned, it was not the gay march, it was the homosexual march. The homosexual march? I dreaded to write that. Even then it marked me as woefully out of step with the zeitgeist. There was a leaden quality to the phrase, a sniffy retrograde disapproval. No, I objected, they call themselves gays. Gays? Now it was an editor’s turn at consternation. Gay meant happy. Were they happy? No, they were homosexuals." 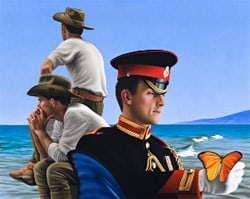 Elton John picked up some of Ross Watson's art in Australia.

Ambien is not only putting people to sleep, but it's waking them from the dead.

Kris Humphries cites fraud in request for annulment of marriage to Kim Kardashian: "Humphries' rep has yet to comment on Humphries' citing fraud in his filing. But he did shoot down a Star magazine report that the reason for the split was because the NBA player is gay. His rep called the story 'completely false and ridiculous. He is not gay.'"