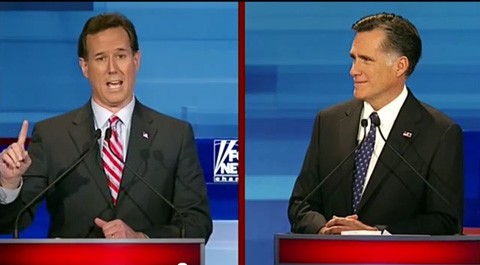 Mitt Romney was asked by Chris Wallace last night about his flip-flops on gun and gay rights issues. Romney explained his position, and then Rick Santorum came after him.

Romney begs to disagree, saying Santorum misrepresents the facts, and he was simply following the Supreme Court's determination, and then did everything he could to reverse it: "I fought leading an effort to put in place a constitutional amendment in Massachusetts to overturn the court's decision to make marriage between a man and a woman."