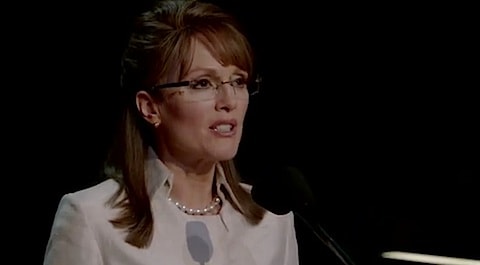 A few months ago we got a peek at Julianne Moore as Sarah Palin in HBO's adaptation of Game Change, the book about the 2008 election. Now, HBO has put out a teaser trailer which focuses on McCain's pick of Palin as the nominee. The film is set to arrive in March 2012.