Kevin Hogan wasn't the only person this week ambushed out of a job for his participation in the gay adult film industry. 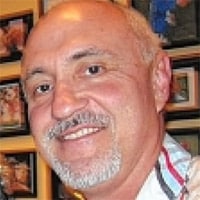 Ric Alonso and his partner of 21 years, Ernie Koneck, have both been both prominent power players in the Southern California Scholarship Association — an incorporated not-for-profit association — which produces the Miss Hollywood pageant, an official preliminary to Miss California, and a feeder to Miss America.

Alonso is listed as the first “major sponsor” for 2011 scholarship donations, while partner Koneck has been the pageantry point of contact and is featured in photographs alongside the smiling young sashed pageant contestants.

On Tuesday, Alonso was exposed by RadarOnline as adult film actor and producer "Jake Cruise".

Following the revelation, Koneck announced his resignation Tuesday as Executive Director of the Southern California Scholarship Association, and said Alonso was in no way involved in the Miss Hollywood pageant, other than to provide scholarship funding.