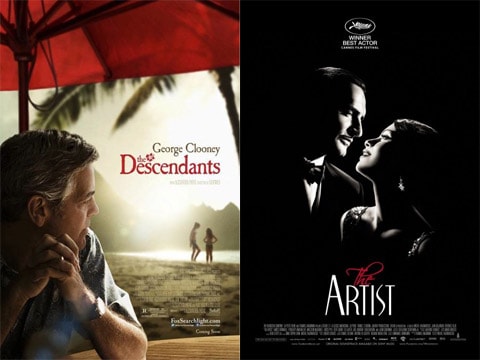 The 2012 Golden Globes were handed out by the Hollywood Foreign Press Association last night with The Descendants and silent film The Artist taking Best Motion Picture Drama and Best Motion Picture, Musical or Comedy, respectively.

The NYT reports that the love was spread around this year:

the Globes did little to help clear up a muddy sprint toward the Academy Awards, although some snubs may be telling. Steven Spielberg’s “War Horse,” which has developed a noticeable limp on the awards trail of late, was shut out, as was “The Ides of March,” a political thriller, and the baseball drama “Moneyball.”

The night’s biggest winner might have been someone who never took the stage: Harvey Weinstein, whose company is behind “The Iron Lady,” “My Week With Marilyn,” “W.E.” and “The Artist.” That mostly silent picture also took home awards for best actor (Jean Dujardin) and original score (Ludovic Bource).

It was nice to see Christopher Plummer take an award for the gay-themed indie film Beginners. Madonna took a song prize for her track Masterpiece.

Both their speeches, along with Clooney’s, Streep’s, and the rest of the winner list,
AFTER THE JUMP….

Best Performance by an Actress in a Motion Picture – Drama
Glenn Close, “Albert Nobbs”
Viola Davis, “The Help”
Rooney Mara, “The Girl With the Dragon Tattoo”
Meryl Streep, “The Iron Lady”
Tilda Swinton, “We Need to Talk About Kevin”

Best Performance by an Actress in a Supporting Role in a Motion Picture
Berenice Bejo, “The Artist”
Jessica Chastain, “The Help”
Janet McTeer, “Albert Nobbs”
Octavia Spencer, “The Help”
Shailene Woodley, “The Descendants” 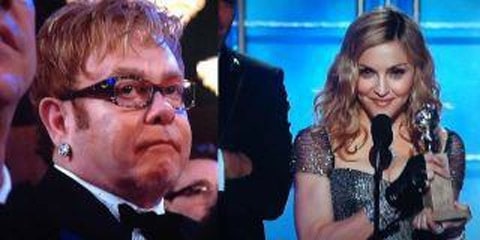