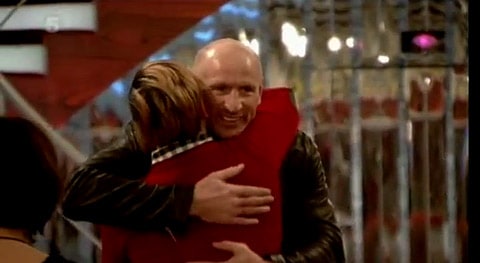 On Tuesday I reported on Oxford City footballer Lee Steele's homophobic tweet directed at rugby player Gareth Thomas, who is now a cast member on the UK's Celebrity Big Brother. 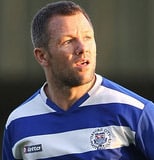 Tweeted Steele: “I wouldn’t fancy the bed next to Gareth Thomas #padlockeda**ehole”.

Steele has now been sacked by his team, which released this statement:

The Oxford City board have decided to release Lee Steele in view of his recent comment via social media which is considered seriously contrary to the ethos of the club.

Oxford City manager Mike Ford said: "On this occasion Lee's had to pay for his error of judgement."

Mr Ford said calling the player to tell him he was sacked had been the toughest thing he had ever done in football but he felt that the Southern-Premier League club had made the right decision.

He added: "He's made a homophobic comment, that doesn't necessarily mean he's homophobic."

The former England rugby union international Ben Cohen has set up a foundation to combat homophobia and bullying. Speaking to BBC Oxford earlier this week, he said: "If you are a sportsman you're a role model and people look up to you no matter what division you're in." But he stopped short of calling for Mr Steele to be sacked, saying it should have been a lesson learnt.