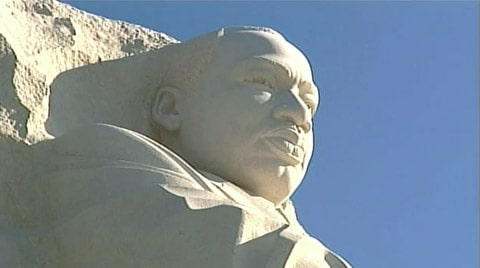 This year, a look at the worthy memorial we now have in Dr. King's honor on the National Mall in Washington, D.C.

Ravi Perry, a political science professor at Clark University in Worcester, Massachusetts, said King’s widow once said in a public speech that everyone who believed in her husband’s dream should “make room at the table of brother and sisterhood for lesbian and gay people.”

There is no private or public record of King condemning gay people, Perry says. Even the FBI’s surveillance of King’s private phone conversations didn’t turn up any moment where King disparaged gay people, she says.

“If Dr. King were anti-gay, there would likely be a sermon, a speech, a recording of some kind indicating such,” she says. “And knowing how closely his phones were tapped; surely there would be a record of such statements.”

Those who say King did not condemn gays and would have supported gay rights today point to King’s theology.

Though King was a Christian minister, he didn’t embrace a literal reading of the Bible that condemns homosexuality, some historians say. King’s vision of the Beloved Community – his biblical-rooted vision of humanity transcending its racial and religious differences – expanded people’s rights, not restricted them, they say.