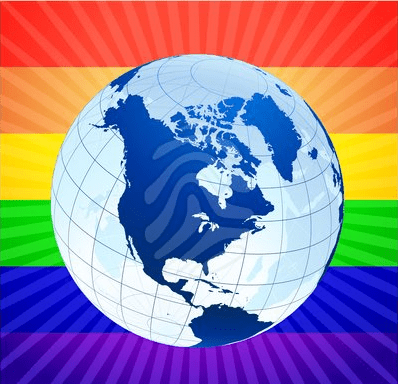 Sorry for all the silly debate coverage. Obviously, the really big story this weekend is the United Nations' secret plan to turn half the world gay by 2032. Bishop Demetrio Fernandez, of Cordoba, has the scoop:

The Minister for Family of the Papal Government, Cardinal Antonelli, told me a few days ago in Zaragoza that UNESCO has a program for the next 20 years to make half the world population homosexual. To do this they have distinct programs, and will continue to implant the ideology that is already present in our schools. [HT: JoeMyGod]

There used to be just two Stephen Colberts, and they were hard enough to distinguish. The main difference was that one thought the other was an idiot. The idiot Colbert was the one who made a nice paycheck by appearing four times a week on “The Colbert Report” (pronounced in the French fashion, with both t’s silent), the extremely popular fake news show on Comedy Central. The other Colbert, the non-idiot, was the 47-year-old South Carolinian, a practicing Catholic, who lives with his wife and three children in suburban Montclair, N.J., where, according to one of his neighbors, he is “extremely normal.” One of the pleasures of attending a live taping of “The Colbert Report” is watching this Colbert transform himself into a Republican superhero.

… Lately, though, there has emerged a third Colbert. This one is a version of the TV-show Colbert, except he doesn’t exist just on screen anymore. He exists in the real world — and has begun to meddle in it.

Democrats tried but failed to shepherd a gay marriage bill through the Senate in the waning days of the Corzine administration in 2010 after Gov. Jon Corzine, a Democrat, said he would sign it. Fourteen senators voted for the bill. The measure needed 21 votes to pass.

Senate President Steve Sweeney, a Democrat who abstained, has regretted not voting ever since. He has called his inaction on the bill "the biggest mistake" of his legislative career.

To indicate the importance he has since attached to the bill, Sweeney will be among its prime sponsors in the Senate along with incoming Majority Leader Loretta Weinberg and Sen. Ray Lesniak. It is being assigned the symbolic number S1, as the first bill of the new two-year session.

"The world has changed since 2009 when the bill last came up," said Steven Goldstein, who heads the gay rights group Garden State Equality. "I don't think anyone has seen a civil rights movement accelerate so quickly."

The Africa National Congress, party of Nelson Mandela, turns 100. (Nelson, by the way, is a spry 96.)

An in-depth look at the religion of Rick Santorum:

Santorum’s comfort with using his faith to shape his politics was partly a reflection of Catholic intellectuals he had met since arriving in the capital, including Richard John Neuhaus, a priest who edited the Catholic journal First Things, and George Wiegel, a theologian.

For Santorum, such figures and books by Catholic writers like St. Augustine instilled the sense that free societies need citizens who are governed by strong moral codes.

“How is it possible, I wonder, to believe in the existence of God yet refuse to express outrage when His moral code is flouted?” Santorum said in a ’90s-era speech at the Heritage Foundation. “To have faith in God, but to reject moral absolutes?”

What one man learned from folding Marilyn Monroe's laundry.

We in the northeast wonder: When will winter arrive?

This evangelical has a lesbian daughter. 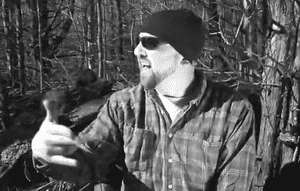 Kathy Griffin has a new show.

Georgia State Rep. Judy Manning is "afraid of Romney's Mormon faith," but he's still "better than a Muslim." (Which Muslim? She doesn't say.)