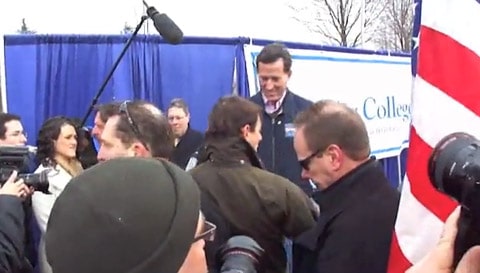 As he was finishing a campaign stop at Rivier College in Nashua, NH today, someone in the crowd asked Rick Santorum if he would abort a gay baby. The candidate just groaned and moved on.

At a separate town hall, Santorum was asked about his ability to beat Obama given his extreme positions on social issues, Think Progress LGBT reports.