Group opposing Minnesota marriage amendment has raised $1.2 million: "Minnesotans United for All Families raised the money last year from more than 5,100 people. The information is in the group's campaign finance report, which is due Tuesday but was provided early to some local media." PPP poll: Voters split. 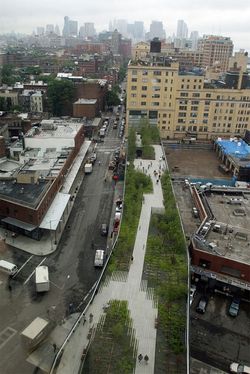 Behind the Bushes: There's a secret 'homo history' of NYC's High Line park and its co-founders Joshua David and Robert Hammond will be discussing it on February 7. "Josh and Robert will also share stories of old Chelsea, legendary Roxy parties, and the adventures they had stumbling through the worlds of art, celebrity, government, design, and entertainment as they set about transforming the High Line."

Six former NJ governors now on record supporting marriage equality: "As for the six former governors now on record supporting gay marriage, the one caveat is with Republican Christie Todd Whitman. Spokeswoman Heather Grizzle told NBC New York that Whitman's position is more "nuanced" because Whitman doesn't believe government should be defining who is married and who is not. She said that Whitman believes government should simply issue some sort of document for legal purposes to couples, whether they are homosexual or heterosexual."

VIDEO: Brad Goreski talks about falling out with Rachel Zoe. 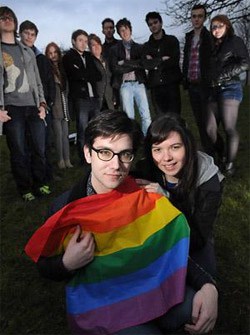 Hundreds plan protest of Archbishop of York Dr. John Sentamu for his remarks over the weekend. "Dr Sentamu, currently abroad, said he supported civil partnerships but said it was not for the Government to overturn history and to redefine 'clear social structures' by allowing gay marriage."

Kansas LGBT group asks lawmakers to decriminalize sodomy: "Members of the Kansas Equality Coalition planned to testify Tuesday before the Senate Judiciary Committee, which is considering a bill making other technical changes to state criminal statutes…The Kansas coalition has been trying ever since to get legislators to repeal the Kansas sodomy law on grounds that it cannot be enforced."

SLDN expresses concern over new Pentagon program's failure to protect same-sex partners: "The SAPR program's eligibility is limited to those 'military dependents' who are 'eligible for treatment in the military healthcare system,' which a lawyer with SLDN says is limited to federally recognized spouses, parents, siblings or children of the servicemember or parents, siblings or children of the a servicemember's federally recognized spouse." 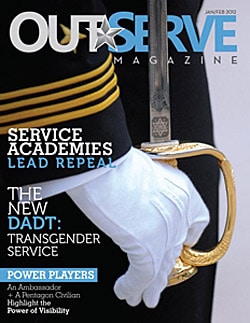 Religious Right activist Gordon Klingenschmitt prays that more Christians will boycott Home Depot: "Almighty God, we pray many more Christians will boycott Home Depot, who wrote a letter this week to the American Family Association saying they will continue sponsoring Homosexual Pride parades, and encouraging employees to dress in Home Depot aprons while marching in parades that defile children and promote sodomite sin."

L.A. school teacher arrested, charged with horrific lewd acts: "Investigators recovered photos from the processor and Berndt's home that allegedly showed the young students bound and blindfolded and some with large Madagascar cockroaches crawling on them inside the school setting."