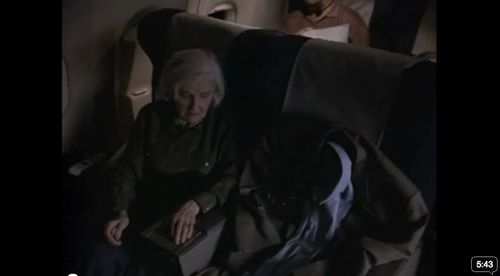 Tim LaHaye made a fortune gleefully predicting the End Times with his best-selling Left Behind book series. In that exhibition of boilerplatery, LaHaye and cowriter Jerry B. Jenkins happily envisioned a post-Rapture world, in which "Tribulation Saints" refuse the Mark of The Beast and do battle with Antichrist Nicolae Carpathia. It was savage, bloody fun, but queerly guiltless: In the end, the good people went to heaven, the bad ones didn't, and all accounts were justly settled.

Tim LaHaye believes this is more-or-less how the world really will end — with neither a bang nor a whimper, but rather a lot of silly deus ex historica followed by a sublimely happy ending for him and his kin. He thinks such an end is divinely mandated. Moreover, he thinks that President Obama is hastening the Apocalypse — that the awesome power of the American presidency has caused God to adjust his cosmic calendar. Since the Apocalypse is such good news for Tim, you'd think he'd welcome such tinkering. But no. He's actually quite upset. Which is why he's now issued a full-throated endorsement of Newt Gingrich:

During the last three years our nation has been led by liberal secularists who have tried their best to remove God from our public square and the elimination of the Biblical principles our founding fathers built this nation on. Their financial policies have already brought us to the brink of bankruptcy and their government policies of over regulation has prolonged our recession and will, if continued for four more years, destroy this country as we know it. Some in this government want to tell churches who they can hire or fire to run their church, which is the very thing our forefathers wanted to keep the King and his government from doing. If we do not change our leaders in the next election we will end up being like the godless socialist countries of Europe. That will so destroy our country in four years that many experts believe we will never be able to reclaim it for moral and physical sanity.

… In 1980, America was on a decline not unlike our country is today.  Liberal secularists had brought our nation to the verge of maylieze and stagnation because over half the Christians in America didn’t even bother to vote. That’s why we started the Moral Majority that helped elect conservative Ronald Regan and with God’s help he changed the direction of our country. I am one of the two minister board members still living who helped Jerry get that majority started. Today we have no regrets!

… Now that the Republican Presidential Primary has wound down to two frontrunners who can win, I would like to publicly endorse the proven conservative speaker of the House Newt Gingrich as the most qualified candidate to become the next president of the United states. His record in office has a near unbroken record of Conservative commitment to the Judeo/Christian principles that have made this the greatest nation in the history of he world.

I have known him for over thirty years and acknowledge he is not perfect, none of us is. But when it comes to standing for life, moral values for our nation, a sound fiscal program for both business and the family and commitment to the U.S. constitution, I believe he can be counted on to do what is right for America, here at home and abroad. He unashamedly opposes the socialistic policies of taking from the haves and give to the have nots that has never worked anywhere to lift a country economically, morally or in any other way except dictatorship and the loss of freedom.

And he can win! Obama’s teleprompter cannot compete with Him, neither can anyone else. I can’t wait to see the president try to debate him. And these are only some of the reasons I endorse him as the next president of the United States.

Another reason: AFTER THE JUMP, have a look at what LaHaye believes awaits us sinners if President Obama is elected to a second term. (Also: What's "maylieze"?)