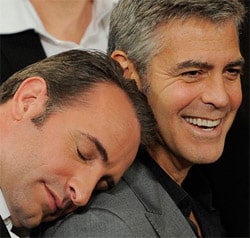 Voto Catolico urges Mexican Catholics to vote against gays. Our tipster writes: "The website is full with anti-gay propaganda among other things, most definitely run by a hate group, it is really disturbing, specially because is made by Latin people living in the US mostly in California, (according to the website) which probably makes it illegal. Also they are using the Guadalupe virgin in their adds, which not only is really offensive but once again illegal, in Mexican law, as religion is banned from political propaganda.

Nathaniel Rogers puts in his review of NBC's Smash.

Zachary Quinto and Jonathan Groff have a brunch date. 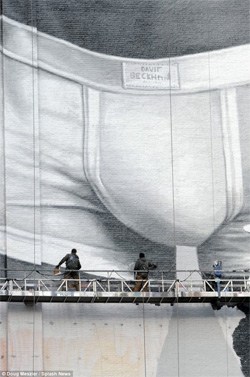 NYC painters get up close with Beckham.

Arizona Senate candidate Don Bivens includes marriage equality in platform: "I'm in favor of full marriage equality. I think it's an issue we need to talk about. As a civil institution, marriage should be equal for everybody. It's a matter, frankly, of fundamental fairness. We can't have laws of any kind that treat people separately when they actually are the same."

739: The number of times Joan Rivers has gone under the knife. "Every weekend I just go in and I do something new. I get a 10th one free. It’s a little like coffee you just keep going."

Archbishop of York gets racist emails following comments opposing same-sex marriage: "Dr John Sentamu said in the Daily Telegraph that marriage must remain between a man and a woman. The archbishop's office said he had received a 'small number of abusive and threatening emails of a racist nature' and had reported them to police. North Yorkshire Police said the abuse was being treated as a hate crime." 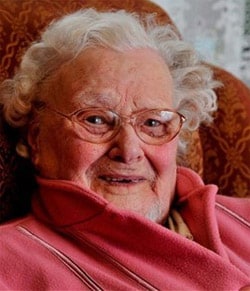 Gay beauty pageant makes waves in Namibia: "Winning the Mr Gay Namibia title has brought the topic about gays and the whole (gay) community more into the open and I received congratulations from all sectors, also straight people — it was like a breakthrough."

Cape Town gay nightclub owner found strangled: "The 50-year-old man owned one of the top gay nightclubs in Green Point. He was apparently found by his domestic worker on Tuesday morning.  Friends of the Cape Town man expressed their shock following his death and one said the club owner was apparently being harassed by someone."