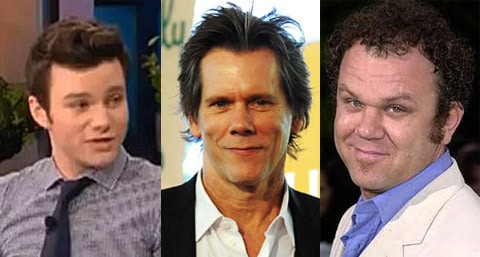 Kevin Bacon, Chris Colfer and John C. Reilly are the final cast members to be announced for the one-night-only Los Angeles production of Dustin Lance Black’s Prop 8 play ‘8’ on March 3.

Writes the Hollywood Reporter: “Reilly will play United States District Chief Judge Vaughn R. Walker, who found Proposition 8 unconstitutional after presiding over the historic twelve-day public trial.  Bacon will play Charles J. Cooper, the lead attorney for the anti-marriage proponents of Proposition 8. And Colfer will play Ryan Kendall, who testified about his experience being sent by his parents to so-called “reparative therapy” as a teenager.”

As I mentioned late last week, we’re giving away a pair of tickets to see ‘8’.

ou can sign up to win using the form in the right-hand column on the front page of our site, or use the widget below. A winner will be chosen at random on February 17 from all entries received by Towleroad and AFER.org.

Find the entry form, AFTER THE JUMP…