Beast: Looking back at the Whitney Houston lesbian rumors…

LGBT protest outside Chicago's Holy Name Cathedral. "This is not an anti-Catholic demonstration," said Andy Thayer of Gay Liberation Network, one of the groups that organized the protest. "This is a demonstration against the Catholic leadership." 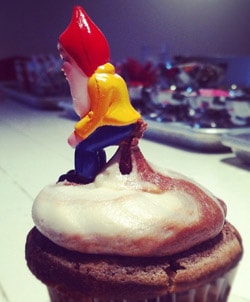 One arrest made in gang beating of gay Atlanta man: "Christopher Cain, 18, was taken into custody around midnight and charged with aggravated assault and robbery, said a statement from police spokesman Carlos Campos….Police have identified two other suspects but they have not yet been arrested nor have their names been released…Atlanta Mayor Kasim Reed doubled to $10,000 a reward for information leading to arrests."

Signorile at CPAC: Are Republican views on gay marriage shifting?

Controversial NC gun range billboard which once advocated targeting 'pansies' now targets the Occupy movement: "That billboard now says 'Occupy ProShots,' with an arrow sweeping toward a bullet-ridden target. The reference is to Occupy groups that have sprung up across the country since the Occupy Wall Street group began its protests of corporate greed and the growing divide between the rich and poor." 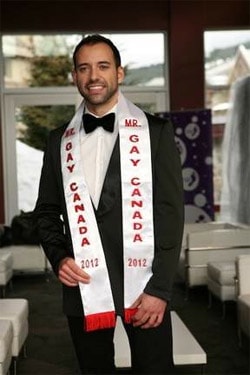 Mr. Gay Canada crowned. "The Vancouver-based Eglis divides his time as an international tour leader and an ecologist, being an owner of a research diving company as well as an educator with National Geographic. He also actively spreads the message to LGBT youth that being gay is not about stereotypes, but about self expression."

Top Australian rugby referee comes out of the closet: "Matt Cecchin, a top referee in Australia’s National Rugby League, has publicly come out, inspired by reading a book by former Aussie rugby star Ian Roberts." Cecchin: "Like a lot of people, I thought to be gay you had to be feminine, you had to go to nightclubs and you had to be in the scene and I was never into that."

Kellan Lutz wraps it up tight in a turtleneck. 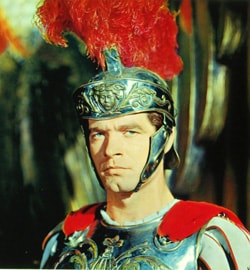 Ben Hur gladiator Stephen Boyd suggested to Raquel Welch that he wouldn't sleep with her because he was gay: "He was so hot with his cleft chin and he was so not interested in me. I tried to seduce him one time. I was so smitten with him and I was so excited every time I would come on the set I would see Stephen, and think, 'Oh God, he's so cute.'"

Get Equal Texas is planning equality demonstrations on Valentine's Day. Find out where to join one here.

Four men to appear in court over death of Cape Town gay nightclub owner: "Bruno Bronn, 50 owned the Bronx club in Cape Town. He was found dead last Tuesday morning with his hands tied with tape in front of him. A 36-year-old man was arrested on Saturday. Two more arrests of men aged 29 and 35 followed, the South African Press Association reports."