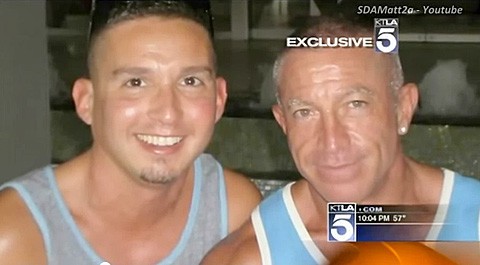 Retired police officer Dennis Jay Mayer and his partner, John Robert Hart, the gay couple arrested on the Atlantis Cruise ship in Dominica are speaking out about their experience, KTLA reports. 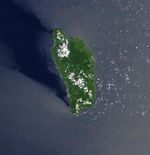 "I'm not going to implicate myself one way or another, but we were charged with being naked on the balcony," he said.

A photo shows Mayer and Hart, under police escort, being led from court to go to a bank to withdraw money for their fine, as a crowd of residents watched. "I've never seen something like this," Mayer said. "I've never seen people chanting and protesting in the street. It was amazing."

The charge of "buggery" (sodomy) was dropped. Mayer and Hart say they were taunted all night long in a jail cell with no light, no water, and no toilet.