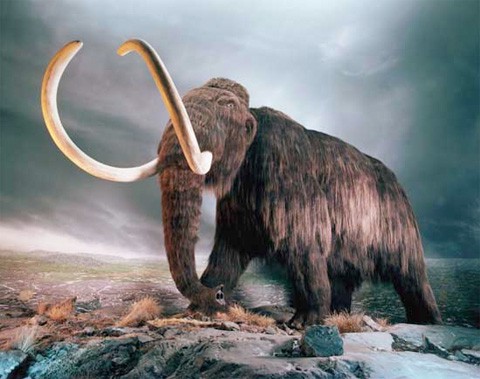 Stem cell scientists are now setting their sights on the extinct woolly mammoth, after global warming thawed Siberia's permafrost and uncovered remains of the animal…

…"The first and hardest mission is to restore mammoth cells," another Sooam researcher, Hwang In-Sung, told AFP. His colleagues would join Russian scientists in trying to find well-preserved tissue with an undamaged gene. By replacing the nuclei of egg cells from an elephant with those taken from the mammoth's somatic cells, embryos with mammoth DNA could be produced and planted into elephant wombs for delivery, he said. Sooam will use an Indian elephant for its somatic cell nucleus transfer. The somatic cells are body cells, such as those of internal organs, skin, bones and blood.

Dr. Hwang, once hailed as national hero for his work on stem cells and cloning, fell from grace in 2005 after it was revealed that he fabricated what was then believed to be a major breakthrough in human embryonic stem cell research. He was virtually disbarred from the industry, with his license canceled. But he continued doing his experiments in animal cloning. Last October, he announced the successful cloning of a coyote.

According to the Sooam Institute, bioengineering scientists since 2002 have discovered what they believe to be the remains of a mammoth in the permafrost of Russia. Last August, it was reported that a thigh bone of a mammoth was discovered in Siberia.