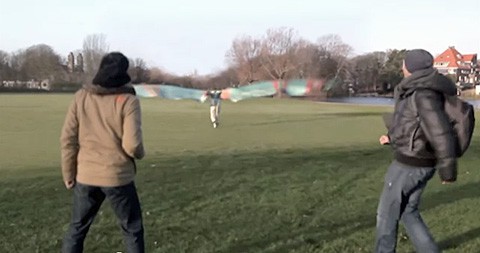 Who hasn't at one time imagined what it would be like to be a bird?

Smeets developed the wings over an eight-month period. They use a special motion mechanism built around an Android phone and Nintendo Wii controllers. His system allows him to literally start flapping his arms to take off and keep flying.

Like a modern Leonardo da Vinci, Jarno's took notes from nature. His inspiration was the albatross, which he closely observed to learn his takeoff technique.

Check out his flight, AFTER THE JUMP… 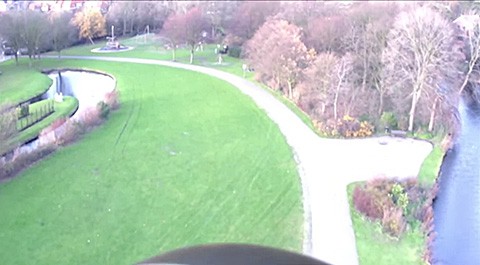 Previous Post: « NH House to Vote on Repealing Marriage Equality Today
Next Post: Dan Savage Responds to Santorum: ‘Rick Can Pray for Me. I’ll Gay for Him.’ »