Challenge to DOMA heads to federal appeals court in Boston on Wednesday. 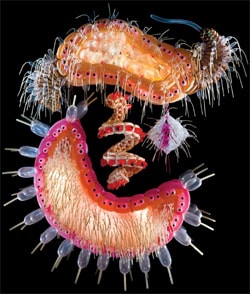 Obama opens up lead over Romney in battleground states: "Obama leads Romney 51 percent to 42 percent in Florida, Michigan, North Carolina, Virginia, Colorado, Nevada, New Mexico, Iowa, Ohio, Pennsylvania, Wisconsin and New Hampshire. The president won all of those states in 2008, and will likely need to win about half of those electoral votes in 2012 if he is to secure a second term."

16 tips from homophobes for dealing with a gay child.

WaPo on the push for marriage equality from Britain's conservatives: "Twenty-four years later, strategists see Cameron’s decision to champion the gay marriage cause as an attempt to seize the mantle of progressive change from the left and broaden the Conservative Party’s appeal among an increasingly key voting group: young urbanites." 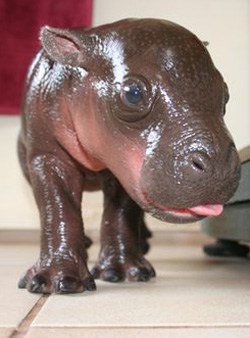 Goldman Sachs revealed to be 16-percent stake owner of biggest forum for sex trafficking of under-age girls in the United States.

Jonathan Groff channels his inner Sutton Foster to tap his way through performance of "Anything Goes".

LGBT-inclusive hate crimes bill introduced on last day of Georgia legislative session: "Taylor said today he was hoping to get Republican sponsors to sign on to the bill that includes sexual orientation and gender identity before introducing it, but because it was an election year several supportive Republicans wanted to wait until January to sign on. Georgia is one of five states that does not have its own hate crimes law. Taylor's bill would allow judges to decide to apply stiffer penalties to those found guilty of committing a hate crime against people who are gay or perceived to be gay as well as transgender. The bill also includes race, gender, national origin and religion. 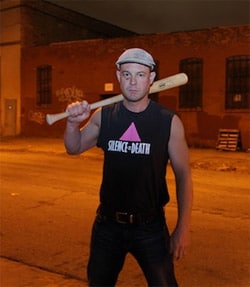 Brooklyn photographer Iannis Delatolas fights back after gay bashing: "When I first came to New York in 1991 I went to Act Up and Queer Nation demonstrations. The Act Up shirt is part of my legacy. Making this image has helped me take back my dignity, it was my way of fighting back."

Rhode Island Governor endorses David Cicilline for Congress: “Congressman Cicilline is hardworking and honest and has a proven track record of supporting the social policies and programs that I voted for as a U.S. Senator. Returning Congressman Cicilline to Washington will help to ensure that my former political party, which has abandoned fiscal responsibility and is focused too closely on social issues, does not solidify its power.”

Minnesota Governor Mark Dayton dreamt that the state would reject the pending anti-gay amendment: "I had a dream over the weekend. And we'll see how prophetic my dream is. I dreamt that … Minnesota would be the first state in the nation to reject this kind of measure."