UK Guardian: Actors still afraid to come out of the closet.

Gays seen to have notably lower divorce rates than straight people in Britain. 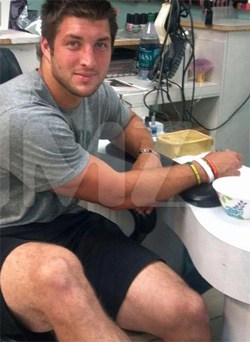 Tim Tebow settles in for a mani-pedi in West Hollywood.

Ken Mehlman hosts fundraiser for Massachusetts Senate candidate Richard Tisei: "Tisei would be the first Republican who has come out as gay before being elected to Congress, if he can beat incumbent Democrat John Tierney in November."

Signorile: Obama must come out of the closet on gay marriage. "Mitt Romney is now emerging as the sure Republican nominee, a man who supports 'gay rights' but not 'gay marriage' — in other words, in the broad brush of politics and the media, having the same position as Obama."

Gay marriage gossip from the State Dinner: “Mr. Prime Minister, thank you for all that you’re doing for marriage equality in Great Britain,” the guest said to Cameron, who was standing to Obama’s right, literally and figuratively. With a gesture towards the president, Cameron replied, “It takes a conservative to convince a liberal about gay marriage.” 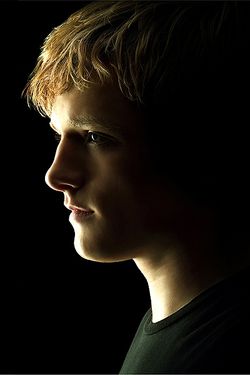 Josh Hutcherson had two uncles who died of AIDS, inspiring him to get involved with projects like Straight But Not Narrow.

U.S. sinks 'ghost ship' floating out at sea since Japan's tsunami: "The Ryou-Un Maru stayed afloat for several hours, listing and ablaze, after the coastguard opened fired with a 25mm machine gun as it drifted about 170 nautical miles south-west of the Alaskan town of Sitka. A few hours later the coastguard finished it off with artillery rounds. It was believed to have been carrying more than 9,000 litres of diesel fuel."

NOM claims to speak for African American and Hispanic communities in fundraising letter. 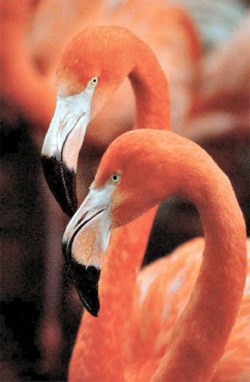 Britain's gay flamingo couple Carlos and Fernando celebrate fifth anniversary: "The pair surprised staff at the wildlife park after they came out five years ago and began to engage in a series of complex mating rituals. The pink birds have been inseparable ever since and have even raised chicks together after they stole eggs from neighbouring straight couples."

Mormons working to overturn marriage equality in Maryland: “We need to collect approximately 200,000 signatures by the end of May,” the email states. “We are looking for people to gather signatures within the LDS community.”

VIDEO: The cast of Glee on Inside the Actor's Studio.

Sarah Palin goes on attack against Levi Johnston, accuses him of lying: "We have never hidden Tripp from Levi or discouraged Levi from spending time with him. Any suggestion that we have is false and contrary to our core beliefs. We are disappointed that he continues to tell falsehoods about us to garner media attention.  We encourage Levi and all non-custodial fathers to be fully engaged and to positively and fully participate in their children's lives. This includes not making misstatements about his child's grandparents."