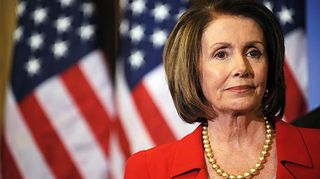 Proven medicinal uses of marijuana include improving the quality of life for patients with cancer, HIV/AIDS, multiple sclerosis, and other severe medical conditions … I am pleased to join organizations that support legal access to medicinal marijuana, including the American Nurses Association, the Lymphoma Foundation of America, and the AIDS Action Council. Medicinal marijuana alleviates some of the most debilitating symptoms of AIDS, including pain, wasting, and nausea. The opportunity to ease the suffering of people who are seriously ill or enduring difficult and painful therapies is an opportunity we must not ignore.

The federal government is not trying to eliminate medical marijuana altogether, but it has decided that it cannot stand for the commercialization or large scale production of marijuana for the stated purpose of helping the sick, even when that production is technically within the bounds of state law.

As a result, dispensaries and growhouses are raided regularly, and the feds continue to pursue legal action against large-scale suppliers:

This has resulted in cases like the IRS action against Harborside Health Center, an enormous dispensary in the San Francisco Bay Area, which has more than 100,000 patients and annual sales of $20 million. There is no evidence that any of its activities have violated state or local law, but the IRS has filed a civil suit that could shutter the dispensary within months, claiming that it cannot deduct any expenses related to an illegal operation. The Obama Administration’s stance has also led to the closure of Divinity Tree, a much smaller dispensary in San Francisco, with about 7,000 patients, which received a letter the local U.S. Attorney last year asking its landlord to evict its tenant for operating within 1,000 feet of a playground, even though it was permitted to operate at the location by the city Department of Health. (The playground was also directly across the street from an all-nude dance club with pictures of “Naughty Hotties” on its facade.)

Check out President Obama's statements on medical marijuana use from the 2008 campaign, AFTER THE JUMP. (Note especially the last 30 seconds or so.)