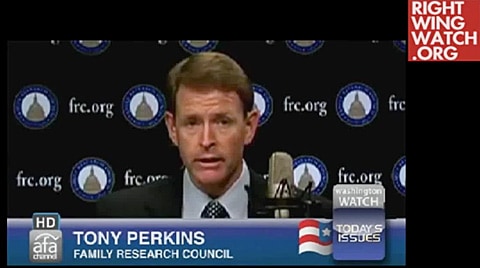 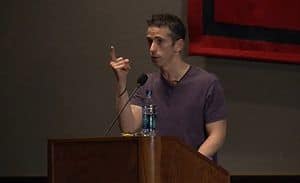 "I would put out this challenge to folks who are listening: to put Dan Savage on the top of your prayer list and pray for him because I believe he has the potential to be a modern day Saul of Tarsus. I mean, just think if the Lord got a hold of his heart and changed him and turned him from persecuting Christians to being an advocate of Christianity and morality, what a huge impact that would have. So don't get angry at Dan Savage; he's doing what people do when they're lost. Pray for him that he would see the light, be blinded by the light, and come to know Christ as his personal savior."

And Saul of Tarsus? That would be Paul, of course, author of huge chunks of the New Testament and the creep responsible for its most misogynistic and homophobic bits. (Jesus didn't say anything about homosexuality, and Jesus never asked his mother or Mary Magdalene to "keep silent.")

Paul was a tortured closet case, which is the kind of Christian I would have to be to meet with the approval of someone like Tony Perkins. You know, a Christian in the style of Marcus Bachmann or Ted Haggard or Benedict XVI. And let's not forget what "I'll pray for you" means someone like Perkins says it: