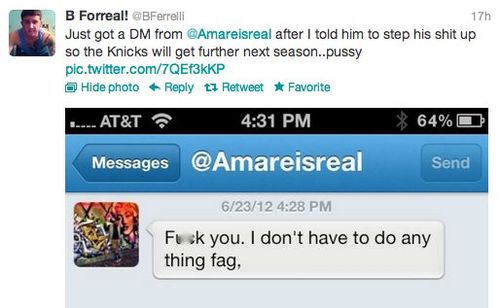 The NBA is reportedly looking into a Twitter exchange over the weekend between a trolling fan and the New York Knicks' Amar'e Stoudemire, Larry Brown Sports reports: 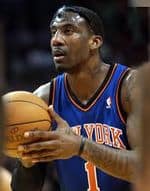 The best way to deal with the criticism is to ignore it, but it appears Stoudemire had a lapse in judgment on Saturday when a follower called him a “deadass” and told him he needs to step his game up next season.

Amar’e sent a nasty direct message, which is a private message only the fan and not the public can see, but the fan later made the offensive message public by screenshotting it:

Skeptics immediately began accusing @BFerrelli of photoshopping the image, but he also posted an apology that Stoudemire sent him several hours later, presumably after he had seen some of the backlash his offensive direct message caused. 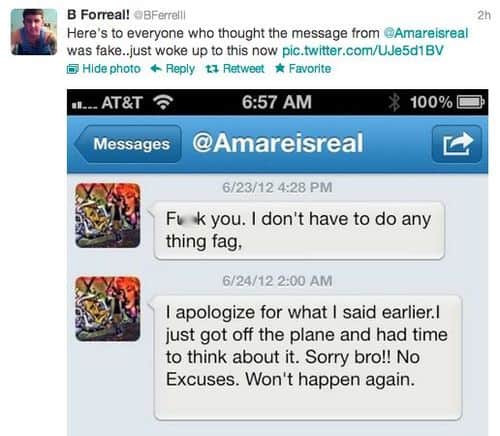