Prop 8 proponent and witness and director of the Institute for American Values David Blankenhorn made waves in April when he came out against North Carolina's Amendment One. Today, in a NYT editorial, Blankenhorn writes "the time has come for me , to accept gay marriage and emphasize the good that it can do," and explains why: 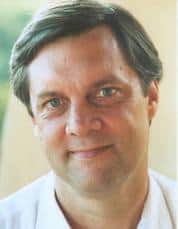 For me, the most important is the equal dignity of homosexual love. I don’t believe that opposite-sex and same-sex relationships are the same, but I do believe, with growing numbers of Americans, that the time for denigrating or stigmatizing same-sex relationships is over. Whatever one’s definition of marriage, legally recognizing gay and lesbian couples and their children is a victory for basic fairness.

Another good thing is comity. Surely we must live together with some degree of mutual acceptance, even if doing so involves compromise. Sticking to one’s position no matter what can be a virtue. But bending the knee a bit, in the name of comity, is not always the same as weakness. As I look at what our society needs most today, I have no stomach for what we often too glibly call “culture wars.” Especially on this issue, I’m more interested in conciliation than in further fighting.

A third good thing is respect for an emerging consensus. The population as a whole remains deeply divided, but most of our national elites, as well as most younger Americans, favor gay marriage. This emerging consensus may be wrong on the merits. But surely it matters.

Check out the whole op-ed HERE.