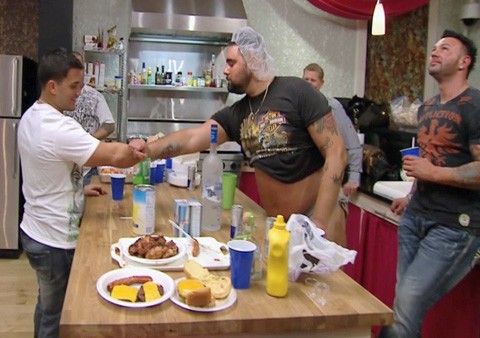 No doubt you've been on pins and needles awaiting the moment when you would meet the gays in the Jersey Shore universe.

This Thursday, the two gay best friends of Snooki and Jwoww enter their eponymous Jersey Shore spin-off. They're both named Joey. While we only get a brief meeting with one of them in the following clips, it turns out that the other is basically the big gay meatball version of Snooki, and rivals her prowess in the drinking and spray-tan department.

The big gay episode of Snooki and Jwoww airs Thursday at 10pm on MTV.