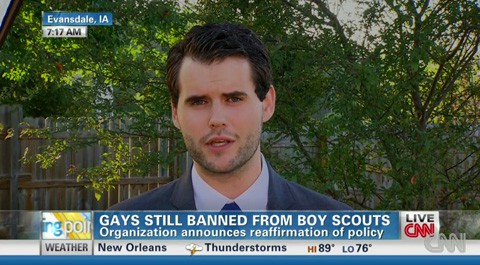 Zach Wahls speaks to Soledad O'Brien and Richard Socarides on CNN about the Boy Scouts' announcement that it would reaffirm its policy banning gays.

Wahls says that the announcement the BSA put out has "all kinds of weird inconsistencies" and until there's a "meaningful level of transparency and accountability" he's highly skeptical about the fact that this is a final decision.