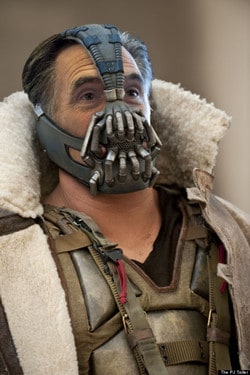 Chuck Dixon, one of the creators of Batman villain Bane, insists the phonetic resemblance to Mitt Romney's former employer, Bain Capital, is purely coincidental. "Bane was created by me and Graham Nolan, and we are lifelong conservatives and as far from leftwing mouthpieces as you are likely to find in comics," he said. Dixon does say, however, that Bane is a bit like the Occupy Wall Street protesters and that "if there ever was a Bruce Wayne running for the White House it would have to be Romney."

Meanwhile, in Minnesota, the LGBT group Minnesota United for All Families has raised a total of about $5.4 million to fight an amendment banning marriage equality there. Their opponents at the right wing Minnesota for Marriage have taken in only about $1.5 million.

The New York Times admits a lapse in an article on a building up for historic landmark status. "A post last week about 186 Spring Street — a 19th-century row house near Thompson Street that seems destined to be demolished or (far less likely) made a landmark — all but stated flat out that nothing of consequence had occurred there until it was bought by a Beastie Boy in 2000.  In fact, 186 Spring Street had a brief turn as a center of gay political activism in the decade following the Stonewall uprising…" 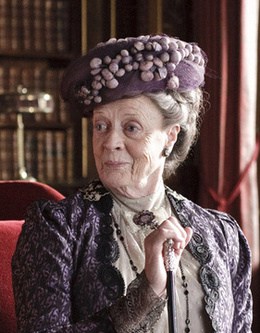 Congratulations to Dan Savage on his Emmy nomination for the It Gets Better campaign! The category? "Outstanding Children's Nonfiction, Reality or Reality-Competition Program."

Ann Romney to ABC News' Robin Roberts: "We've given all you people need to know and understand about our financial situation and about how we live our life."

There's a gene for that: "…Researchers took DNA samples from the participants and analysed a gene, DBH, that regulates how much of the neurotransmitter dopamine is made in the prefrontal cortex, a brain region that controls decision making. Participants with a form of the gene that made more dopamine were faster at making decisions without the computer's aid, and were more likely to cross-check what it said with their own information."

The owners of a bed and breakfast that turned away a gay couple must pay them $4,500 for discrimination, said the British Columbia Human Rights Tribunal. 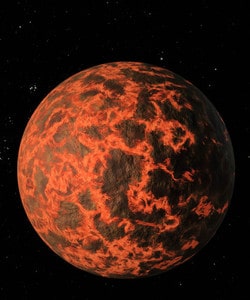 NASA's Spitzer Space Telescope found a new exoplanet two-thirds to size of Earth. It is called UCF-1.01 and is 33 light years away.

Washington State is the first place where citizens can use Facebook to register to vote, and a whole lot more: "Besides registering to vote on Facebook, Washington residents will be able to update personal information, access customized voter guides with candidate info and ballot measures, as well as access replacement ballot

Why not speculate about whether or not Kate Middleton is pregnant? What else are you going to do all afternoon?

Get it, gurl: Modern Family star Sofia Vergara earned an estimated $19 million last year, mostly thanks to her Pepsi and Covergirl endorsement deals.

Frequent Christopher Guest collaborator and legendary improv actor Fred Willard was arrested for lewd behavior at an adult movie theater. What else does one do at such a place? 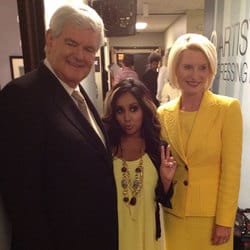 When Newt and Callista Gingrich chilled with Snooki.

Tonight on ABC's Nightline: "I am gay, I am Mormon, I am married to a woman. I am happy every single day. My life is filled with joy. I have wonderful sex life. All of these things are true whether your mind allows you to believe them or not."