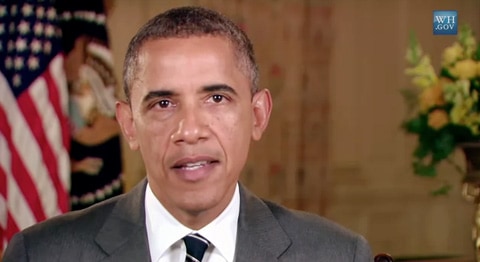 As Brandon noted yesterday, the 19th International AIDS Conference kicked off yesterday in Washington D.C. with 30,000 expected to attend. President Obama will not be attending the conference in person but sent a welcome video to attendees.

The White House blog is also touting his administration's accomplishments:

The Obama Administration is taking action to turn the tide on HIV/AIDS by strengthening the scientific investments that have revolutionized prevention and care for people living with HIV. Under President Obama’s leadership, the Administration has increased overall funding to combat HIV/AIDS to record levels. We have launched the first comprehensive National HIV/AIDS Strategy for the United States to prevent and treat HIV in America. Globally, the Obama Administration has committed to treating 6 million people by the end of 2013 and is increasing the impact and sustainability of our investments.