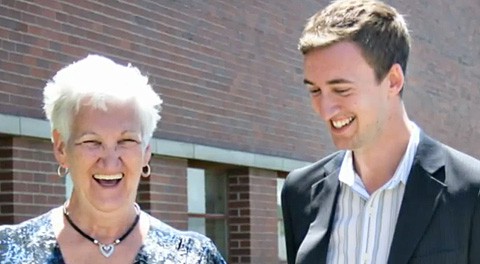 Trevor Thomas, the gay former Communications Director for Servicemembers Legal Defense Network and Media Matters staffer who is running for Congress in Michigan’s 3rd District, is out with his first ad today, featuring his mom, and running on all major networks in his district. LGBT issues have not been an issue in his race.

Thomas is running against former state Rep. Steve Pestka in the primary on August 7. The winner will challenge Tea Party Congressman Justin Amash in November.

Check out his ad, AFTER THE JUMP…