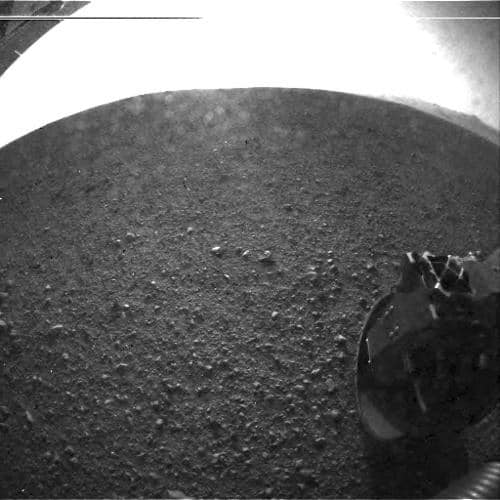 NASA's probe 'Curiosity' completed its trip to Mars, landing on the red planet at approximately 1:30 am ET last night: 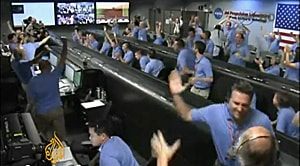 The robotic lab sailed through space for more than eight months, covering 352 million miles (566 million km), before piercing Mars' atmosphere at 13,000 miles per hour — 17 times the speed of sound — before starting its descent.

Moments after landing, Curiosity beamed back its first three images from the Martian surface, one of them showing a wheel of the vehicle and the rover's shadow cast on the rocky terrain.

The probe and its supersonice parachute, backpack, and 'sky crane' survived a complex sequence of events that scientists had dubbed the "seven minutes of terror" before setting down in the Gale Crater beside a mountain on the Martian surface.

Scientists rejoiced upon learning of their success.

Here's a liveblog from the Guardian chronicling last night's sequence of events.

The rover's full condition is yet unknown, but it did beam back a series of photographs, two of which contained images of its own wheel (above), and shadow (below).

Watch Al Jazeera's report on the landing, and NASA's news conference, AFTER THE JUMP… 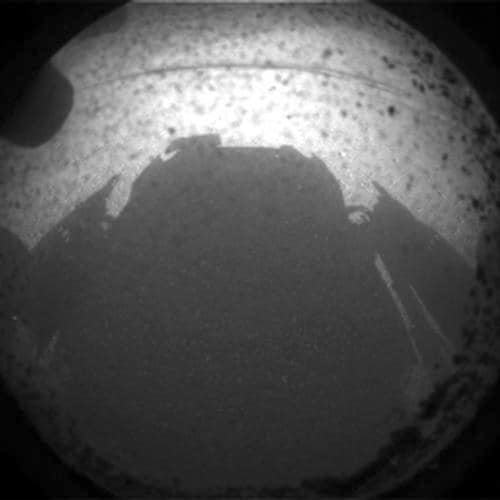