Romney Tells Harry Reid 'It's Time To Put Up Or Shut Up' About His Alleged 10 Years Of Unpaid Taxes: VIDEO - Towleroad Gay News 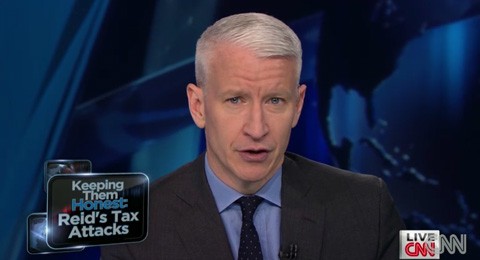 "Well, it's time for Harry to put up or shut up. Harry's going to have to describe who it is he spoke with because of course, that's totally and completely wrong," Romney told Hannity in a radio interview. "It's untrue, dishonest, and inaccurate. It's wrong. So I'm looking forward to have Harry reveal his sources and we'll probably find out it's the White House."

Unfortunately, the only way that Romney can disprove Reid is by releasing his tax returns. which he has thus far refused to do.