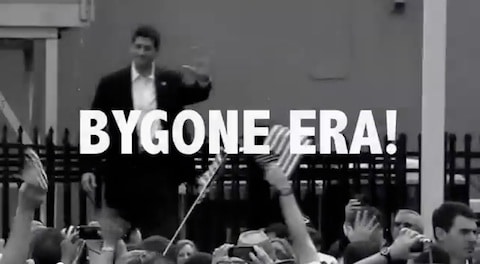 A new ad from the Obama campaign made in a vintage newsreel style showcases Paul Ryan ahead of his Wednesday night speech at the Republican National Convention as a candidate dangerous to women, Medicare, and the middle class:

The video includes clips of journalists and political analysts claiming that Ryan’s budget would “end Medicare as we know it” and says it would provide tax cuts for the “nation’s millionaires and billionaires.”

“What’s perhaps most important for the American public to understand are Paul Ryan’s views toward women,” the ad continues, hitting Ryan for “sponsoring anti-abortion legislation that used the term 'forcible rape' ” and for moving to cut funding for Planned Parenthood.