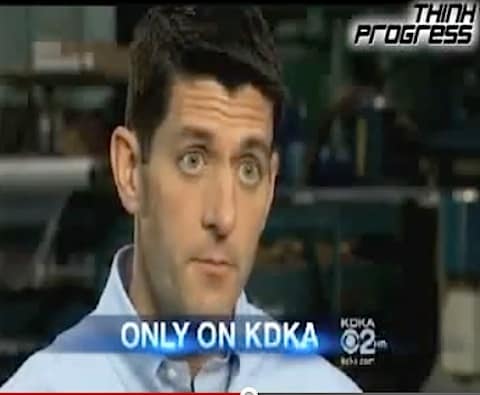 Think Progress takes note of the important point to come out of the Akin controversy:

Ryan and Akin cosponsored a “personhood” bill that would not only prohibit rape survivors from seeking an abortion, but would likely treat terminating a pregnancy that results from rape as a homicide crime. Similarly, Ryan and Akin partnered on a bill seeking to prevent Medicaid recipients who are raped from obtaining an abortion unless they are victims of “forcible rape.”

Yesterday, Ryan was asked about his positions:

In an interview with a local Pittsburgh television station yesterday, Ryan was given the opportunity to revise his position now that he is half of the Republican Party’s national ticket. He refused:

QUESTION: Should abortions to be available to women who are raped?