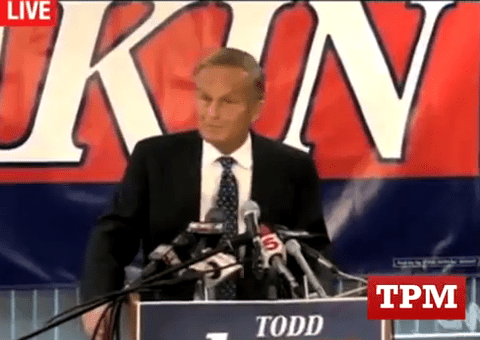 People on the right and the left hoped Republican Missouri Senate hopeful Todd “legitimate rape” Akin was going to drop his campaign during today’s surprise press conference. He did not. Quite the opposite: Akin doubled-down.

“Apparently there are some people who are having trouble understanding my message,” said Akin. “I’d like to be clear … today that we’re going to be here through the November election, and we’re going to be here to win.” The latest poll from right-leaning Rasmussen Reports has Akin down ten points behind pro-equality Sen. Claire McCaskill.

Watch video of Akin’s remarks AFTER THE JUMP.