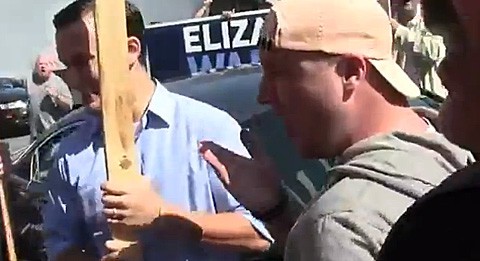 As you may know, Massachusetts Senator Scott Brown amped up rhetoric accusing Democratic challenger Elizabeth Warren of using her Native American heritage to her professional advantage, using the claims in advertising and as his opener in his debate against Warren.

Brown responds to the video by doubling down on his racial attacks:

"It is certainly something that I don't condone," said Brown when asked about the video. "The real offense is that (Warren) said she was white and then checked the box saying she is Native American, and then she changed her profile in the law directory once she made her tenure."

And Mediaite has a suggestion:

To the extent that it matters, the racism behind the Brown/Romney attacks is likely unintentional, springing from the fact that questions of race are completely beyond their experience, but if you doubt that racism, then all you have to do is inject that question into their experience. Neither Mitt Romney nor Scott Brown has ever had to prove they’re white. Maybe it’s time they produced some evidence that they’re not just “passing.” Would that national media sit silently if a U.S. Senator or presidential candidate asked either of these men to prove they’re not black, or Mexican, or even Native American? Maybe it’s time someone did ask. Papers, please. 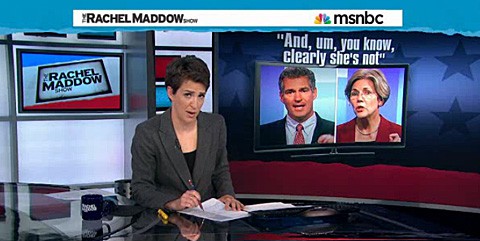