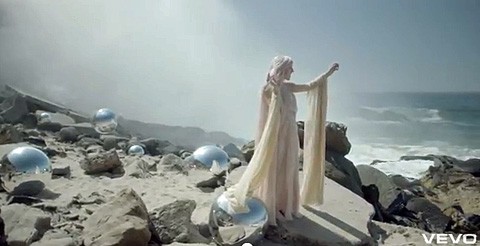 Goulding calls the lead single from her new album a "song of realization."

She tells MTV: "I've moved on quite a bit since the first album, because I've discovered so much; I've learned a lot more and I've grown up a lot more. I've gained more influences and different influences and people have influenced it; I suppose just circumstances. It's a bit more tribal and anthemic; a bit more piano and vocal than anything. The last album was very electronic, but it was tied in with my voice; this one, to me, is way more of a pop record."