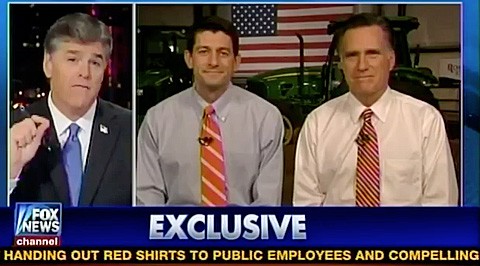 Mitt Romney and Paul Ryan went on Sean Hannity's show on FOX News last night for their first interview since the debate and repeated much of the expected drivel.

Hannity did ask Romney what he would have said to Obama had the President made a remark about his "47 percent" comments during the debate.

Said Romney: "Now and then you're going to say something that doesn't come out right. In this case I said something that's just completely wrong. And I absolutely believe that my life has shown that I care about a hundred percent. And that's been demonstrated throughout my life. This campaign is about the 100 percent. When I become President, it will be about helping the 100 percent."