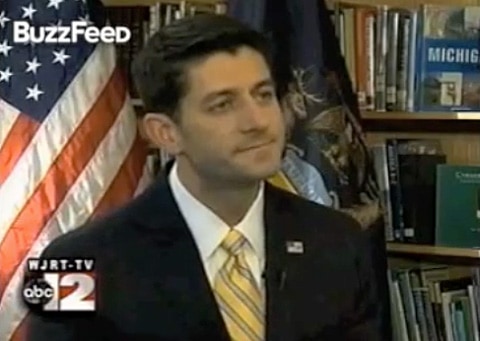 A reporter in Flint, Michigan brought up tax cuts when talking about gun control and the Ryan camp was not happy about it.

Ryan spokesman Brendan Buck tells BuzzFeed: "The reporter knew he was already well over the allotted time for the interview when he decided to ask a weird question relating gun violence to tax cuts. Ryan responded as anyone would in such a strange situation. When you do nearly 200 interviews in a couple months, eventually you’re going to see a local reporter embarrass himself."