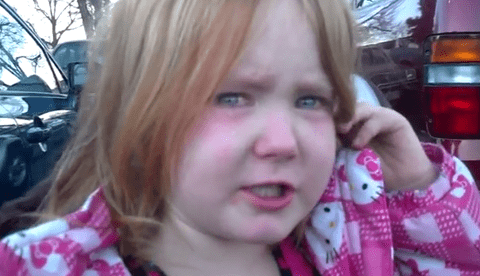 Four-year old Abby Evans’ parents turned her into an internet star, and gave journalists material for a little electoral levity, when they filmed her crying over the constant conversations and coverage of those guys “Bronco Bamma” and Mitt Romney.

Seriously, who cares about them? Rainbow Bright and Strawberry Shortcake are where it’s at! Why can’t NPR talking about them?! Or am I dating myself?

The Daily Show understands young Abby’s tears, and shares them, too. Jon Stewart and his team have explored the vast and cavernous lands known as swing states like Ohio and they have reached one conclusion: those poor suckers are living in a little place called hell. Godspeed, Abby.

Watch Abby’s instantly famous breakdown and The Daily Show‘s usual deep analysis of swing state politics both AFTER THE JUMP.