Towleroad received this report from a reader over the weekend: 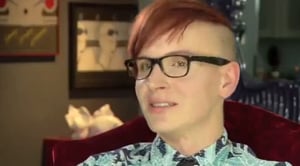 Austin Head, a Phoenix-based entertainer, activist and star of LogoTV’s Positive Youth documentary, was assaulted early Friday morning by two assailants who targeted him and a friend as they were headed home and walking down Central Avenue in downtown Phoenix.

Following an evening out at the popular LGBT nightspot Charlie’s, Head and his friend were attacked by two men, Jermon and Ernie Barnes, ages 24 and 21 respectively. As the men approached Head and his friend, they yelled homophobic slurs, and then began to physically assault the two.

Knocked unconscious, Austin Head woke up later Friday morning with multiple head injuries, including a Maxillary Sinus Fracture, Lateral Orbit Fracture, eyebrow laceration and severe swelling on the left side of his face.

The two suspects were immediately tracked down by the Phoenix Police Department, identified by a witness, arrested and jailed.   It is not known if the two assailants were still in police custody.

Dr. Stuart Sperry of St. Joseph’s Hospital, who took charge of Head’s recovery, warned that further plastic surgery may be needed to restore the fractures caused by this assault.

Watch an interview with Head, AFTER THE JUMP…