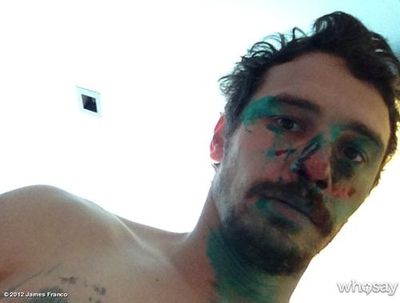 PHOTO OF THE DAY: James Franco gets creepy with some body paint.

There is just one day left until Election Day and while Nate Silver's confidence in Obama continues to grow, he now gives the President an 86 percent chance of victory. Voter suppression cases are springing up like wildfire all over the big swing states. Why should everyone have the chance to vote, conservatives wonder?

If you're gay and for some reason thinking of voting for Mitt Romney tomorrow, this filmmaker has something to say to you.

Check out this very powerful and moving short film that highlights the massive inequalities between straight and gay families. For some reason Jesse Tyler Ferguson has fans on his Facebook who are anti-gay. Well he recently hit the unfriend button on them all. 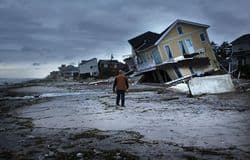 New York City's Rockaway Beach was one of the areas most strongly effected by last week's superstorm. They desperately need our help. Check here for information on how you can help with relief efforts.

It's that time of year again, in which Jimmy Kimmel gets parents to make their kid's worst nightmares come true.

Also on a COMPLETELY different note, who knew that veganism had such potent sexual side effects.