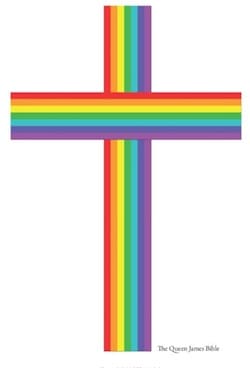 Gay Bible published: "The Queen James Bible is a re-working of the King James Bible translated in a way that 'prevents homophobic misinterpretation of God's Word', the book's editors say."

Ke$ha: I was FORCED to sing the lyrics to "Die Young".

Study: the more hung a man is, the less likely he is to use a condom.
“This type of public health research is very important, no matter how
politically volatile. Studies like this allow us to better understand
sexual health and risk so that we can address effectively the health
needs of gay and bisexual men.”

Joe Biden to lead White House response to mass shootings: "Mr. Obama met Monday with Mr. Biden and three cabinet officials, Attorney General Eric H. Holder Jr., Arne Duncan, the education secretary, and Kathleen Sebelius, the health and human services secretary, to discuss possible responses to the Newtown killings. White House officials have cautioned against expecting immediate action, saying it may take weeks to develop a plan. Rather than trickle out a series of small proposals, the officials said they were leaning toward putting together a holistic approach that would address multiple factors involved in mass shootings." 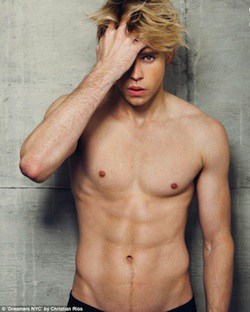 Sean Hayes starring in new NBC comedy: "In the untitled script, Hayes would play the father of a 14-year-old girl who has just moved in. Together, the newly minted dad and daughter must learn how to deal with one another, while Hayes' character also adjusts to a new temperamental boss at work."

Broadway's hottest ginger Andrew Glaszek downloads for Passport's Theater Buff, and is he ever.

Chris Geidner talks to Sen. Jeff Merkley of Oregon and Rep. Jared Polis (D-CO) about  the fight for LGBT workplace protections: "Merkley and Polis said they see a Senate vote on the bill — regardless of the House leadership — as an important step. Likewise, both have urged and say they will continue to urge Obama to sign an executive order banning federal contractors from discriminating against LGBT employees. As the 2012 ends, moreover, LGBT advocates appear to be coalescing in agreement on pushing on both of these fronts. There remains, however, the House. Polis, while optimistic about LGBT progress broadly, quickly pointed to Republicans as the sticking point on getting ENDA passed."

Hugh Jackman is returning as Wolverine for an X-Men sequel. 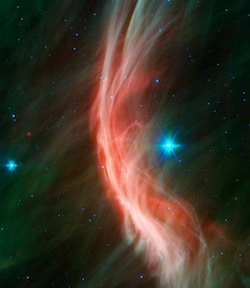 Astronomy image of the year is mindblowing.

Lesbian and Gay Band to march in Obama inaugural parade: "The Lesbian and Gay Band Association is a musical organization comprised of concert and marching bands from cities across America that provides a network of lesbian and gay bands. They first were invited to participate in an Inaugural parade for President Obama and Vice President Biden’s first inauguration in 2009, marking the first time an openly LGBT group has been invited to participate in the parade."

Gay Australian lawmaker to wed in Spain: "South Australian Social Inclusion Minister Ian Hunter is set to become the first gay Australian MP to marry while in office. Mr Hunter and longtime partner Leith Semmens will marry in Spain early Thursday morning, Australian time. The ceremony will be held in an art gallery in the town of Jun, in the province of Granada, with 17 friends and relatives attending."