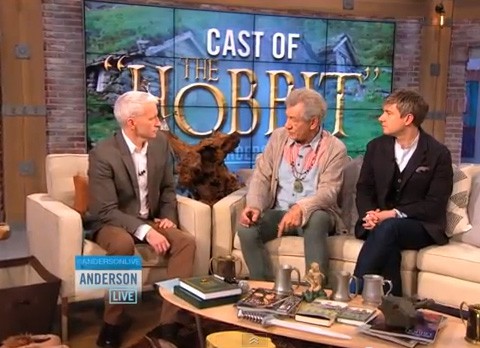 Ian McKellen and Anderson Cooper sat down today to talk about The Hobbit, but spent part of the segment talking about being out and proud, and the progress on gay rights in the last 20 years.

Said McKellen, discussing a time when homosexuality was illegal: "I was making love until I was about 30 with my live-in boyfriend and we were breaking the law every time we had sex. Breaking the law. We could have been arrested. All the bad laws have gone. But there's a long way to go."

McKellen then praised Obama for coming out for marriage equality, eliciting a big round of applause from the audience.