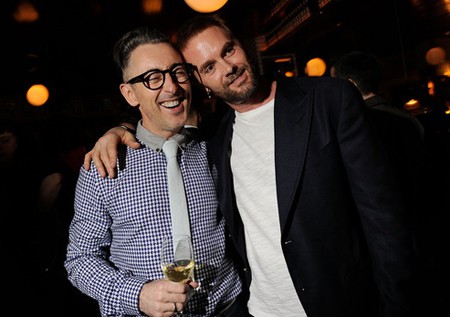 SPECIAL "ANY DAY NOW" EDITION OF THE MOVIE COLUMN 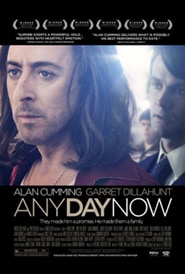 Any Day Now, a new 70s based gay drama from director Travis Fine, has just dropped into the super-crowded holiday movie marketplace. Consider it counter-programming to the wealth of glitzy Oscar contenders and big budget blockbusters. Alan Cumming plays Rudy Donatello, an outspoken performer who impulsively takes in a neglected teenager with Down Syndrome (played by Isaac Levya) when the boy's mother abandons him. Rudy attempts to keep the child, fighting the discriminatory legal system with the help of his lawyer boyfriend (Garret Dillahunt). This sad and moving story (inspired by true events) is at once enraging and comforting since these same issues are still very much with us but we've made numerous legal and societal strides since then.

TOWLEROAD: How did Any Day Now come to you. Did they seek you out?

Yeah, I remember saying to him 'this is a little upbeat, isn't it?' The next one… [edited for spoilers] Whoops.

I wasn't expecting it to go there!

But it had to end that way! It couldn't have ended another way and been honest. It could easily have been cloying and manipulative but it's genuine.

Did they specifically want a gay actor for the role? 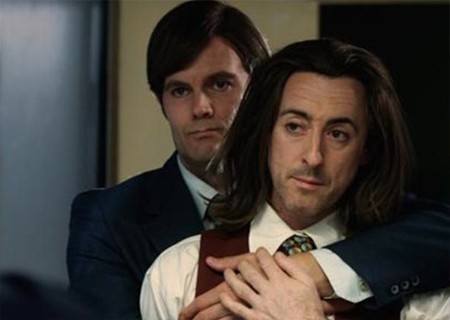 TOWLEROAD: Part of the audition. Okay, Prove you're gay! [Laughter]

Someone was telling me at some bar or club in New York a few years ago the bouncer would make you make out with another boy to prove you were gay. That's pervy!

They probably get really bored in those lines.

Probably. 'Let's just get boys to make out!'

How did you build the relationship with Garret onscreen. One of the most interesting things about the movie is how instant and potent their relationship is. Do you believe in love at first sight?

Uhhh… [Long Pause] I believe in… actually I believe in chemical reactions. I believe that overwhelming chemistry cannot be denied. That's maybe not love but it feels like it. You know what I mean? I do think that can happen. I've been a victim of chemical attack [Laughter]

He's really an amazing actor. He's always popping up with completely different characters and it takes me a second — Oh, that's Dillahunt again.

He's such a darling, a real hoot as well.

Will you be going back to Broadway. Or doing another musical?

I'm sort of talking about it, yeah. I might do Macbeth again in my gap off The Good Wife season. I won't do matinees so that's throwing the producers into apoplectic — but i'm not going to! I'm not going to be manipulated into killing myself. I think I'd like to do that again one more time. I might do another musical. I've been doing cabaret and that sort of fills my theatrical needs quite well. You know I did that show with Liza on Fire Island? 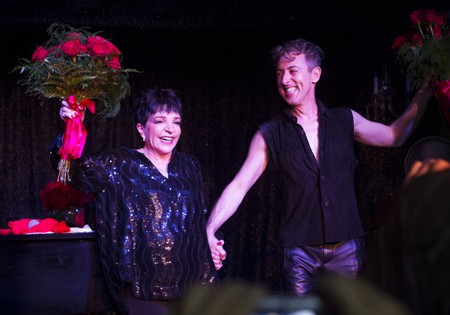 We're doing it again. One night in Town Hall in March.

Can't wait. How do you feel about the advance of gay outspokenness within celebrity culture. It's changed so much.

I don't always think that quantity means quality. Sometimes more gay characters on tv or whatever aren't necessarily positive things. There can be… I just think it's bad that certain characters reinforce stereotypes that allow the rest of the world to think in the same way about us. That's my worry.

But it's an exciting time because it is changing. You've got the President of the United States being very vocal in his support for equality. Until we are not considered second class citizens —and we are, we are — until that changes people will be prejudiced against us because society is telling them to be.

That begs the question then of why play a drag queen in this movie? 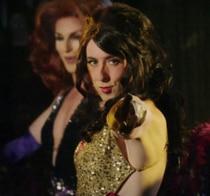 That was a huge worry for me just in terms of, I thought 'Oh, of course he's a drag queen!' Then I just… I like that it seguewayed from that into being a singer. He finds his voice. And he does metaphorically as well.

I cringe when I see that in the beginning of the movie. There's Isaac walking around and then the music starts underneath and I think 'oh fuck, it's the bit with me in drag now!' I think I look so awful. I look like a horse with a wig on. I'm not a pretty girl. I can do androgyny pretty well. That works. But going the full hog? NO!

It isn't for you.

unnh-unh. It's kind of funny. Nine months of the year I play a repressed Jew in a suit and this past summer Lady MacBeth, the summer before that I did this, and the summer prior to that I did a miniseries in South Africa where I played a transvestite. So it's like I run screaming from Eli into women's clothing!

But the drag queen bit is such a small part of the movie.

I really admire drag queens. The armor that I think you have to have, the balls you have to have. It made me think about the character. He has to be kind of aggressive and quite cocky, not effeminate. It was written more like that initially in the first draft. I talked to Travis about changing that.

You didn't want to do Nathan Lane in The Birdcage?

You could have I suppose but not in this story.

The film ends with a big solo from you. Did you know it would end that way?

We didn't know until quite late on which songs we were going to be allowed to sing. I didn't know that song and Travis says 'It's a great Bob Dylan song.' [Remembering his reaction] 'Bob Dylan. Yuck.' I imagined something completely not how this seems. They said 'we'll send it to you so you can hear it.' They sent me a YouTube of Bette Milder singing it in a baths with Barry Manilow playing the piano. The most spine tingling raw interpretation of this song. 'Oh, thank you very much. No pressure!' And I have to close a fucking movie?!?

I always wonder about finales where you know the performer will have to encapsulate the emotional experience. How difficult that must be. Endings are so important.

Totally! It was a bit daunting. Also you have to record it in the studio before and then lip-synch on the day. I was so exhausted. I had this monastic life when I made the film. I had my drivers license suspended because i got too many speeding tickets. I couldn't go anywhere and I wasn't drinking and I immersed myself completely in the film. When we came to do the recording, I was so sort of emotionally deranged. I just went for it.

Let it all out.

Poured it all out. And then when we actually shot it, it was the very last thing we shot for the movie.

No, never! Little Isaac… it's lovely, all his emotions are completely on the surface. When I did "I Shall Be Released" he came on the set and he was just weeping and wailing all throughout the thing.

Oh thousands. It was forever. It was really hard to do that. I find lipsyching quite difficult. Once i did this film of Annie and I could not remember to keep my mouth open. If I sang a long note "Easy Streeeeeeeeeeeeeeet" I'd go "Easy Street" and close my mouth. For once I kept my mouth shut! 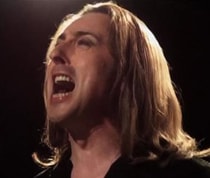 We had to do so many takes. I couldn't understand the concept that I had to pretend visually that I was still singing. Luckily I've gotten better at that.

Maybe something like Les Miz would work better for you then?

They sang it live, I heard. I'm fascinated to see it. Have you seen it?

Annie Hathaway. She sang in this film Nicholas Nickleby I did years ago. She was fabulous.

How has The Good Wife affected your creative energy? You do so much but you're on a weekly series!

The thing about the TV show is it's so fast. I tend to go in, work like crazy, and go home. There's no hangin' about. There's so much to pack in that you learn if you're going to do something, do it on the line. Don't do it at the end of the line. It's enabled me to have job security for a few years and to be at home for nine months of the year which has been amazing. It's allowed me the time to go and do my weird arty things.

Most creative people with so many different ideas and urges don't finish anything. But you do everything: photography, perfumes, plays, tv series, political activism, films, websites.

What accounts for it?

I have people to help me — scheduling is a big part of it. I think it sort of breeds itself, a self fulfilling prophesy. If you are known as someone who is eclectic, people are more likely to fling you curveballs and suggests something that's unusual. If you do the same thing all the time it's easier to be stale. I think it's really valuable that I come back to each thing fresh because I've done something else. And it keeps my enthusiasm going. I'm a kid in a candy shop, that's just my character. 'Ooh, what can I do now with all these things?' 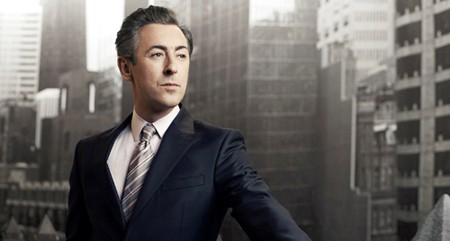