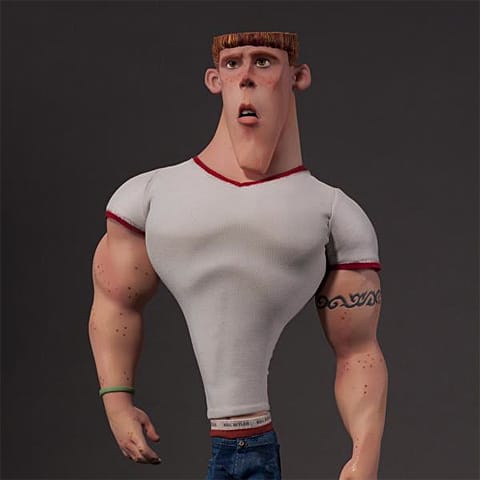 The Advocate talks to gay writer/director Chris Butler about ParaNorman's Mitch, who is revealed as (the first) gay (character in a mainstream animated film) during the movie, which was released a few months ago.

The Advocate: I believe that ParaNorman is the first mainstream animated film with a main character who is gay. I loved that it was a punch line, but not at Mitch’s expense.

Butler: Yes, I believe it is. It was important to us. We were telling a story that was fundamentally about intolerance. We believed that it was important to have the strength of our convictions. And yes, we played it off as a punch line to a joke. But in a sense, that made it all the more potent, I think, because Mitch is just an ordinary guy — and what I wanted to do with the script throughout the story was, first of all, to turn preconceptions on their head. But also, every character in the movie is judging someone else, good and bad, usually misjudging, and I wanted to make the audience complicit in that. You think you know that a zombie is going to want to eat your brain, you think that this dumb jock is straight. Actually, you don’t know everything just by looking at them. That was important to me. And also, I thought it was a funny joke.

The DVD hit stores last week. Check out the trailers and a couple clips, AFTER THE JUMP…