PPP's first post-election poll is out: 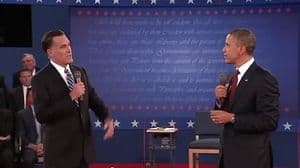 Some GOP voters are so unhappy with the outcome that they no longer care to be a part of the United States. 25% of Republicans say they would like their state to secede from the union compared to 56% who want to stay and 19% who aren't sure.

One reason that such a high percentage of Republicans are holding what could be seen as extreme views is that their numbers are declining. Our final poll before the election, which hit the final outcome almost on the head, found 39% of voters identifying themselves as Democrats and 37% as Republicans. Since the election we've seen a 5 point increase in Democratic identification to 44%, and a 5 point decrease in Republican identification to 32%.