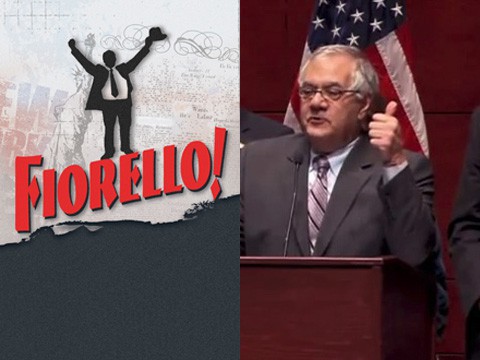 Perhaps to prepare for his possible role as United States Senator, Frank will make his stage debut in the Pulitzer Prize-winning musical Fiorello!, the story of New York City's Mayor Fiorello LaGuardia's rise from an immigrant's son to the feisty congressman whose guts and determination to fight corruption brought down the crooked Tammany Hall political machine. Frank will play an outspoken senator who disagrees with LaGuardia's policies.

Watch a teaser for the show, AFTER THE JUMP…

Previous Post: « Let’s All Watch These Stormwatchers Get a Big Surprise: VIDEO
Next Post: Honolulu Mayor Pulls Former Councilman’s Nomination to Ethics Board After Firestorm Over Anti-Gay Remarks: VIDEOS »