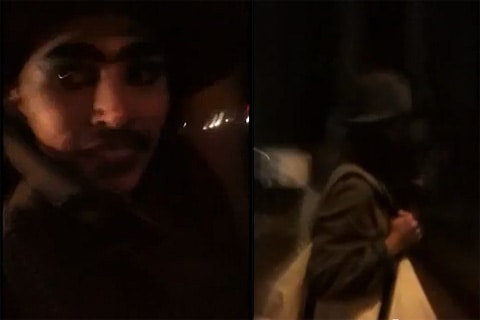 London's LGBT community has expressed concern about a couple of incidents in which self-appointed "Muslim Patrols" have harassed gays in East London. Last week two men were arrested in connection with the incidents but a new video posted to YouTube is doing little to alleviate concerns, the BBC reports:

In the latest video, a man is approached in Whitechapel and asked: "Don't you know this is a Muslim area? What's wrong with your face? Why are you dressed like that for? You're walking through a Muslim area dressed like a fag, mate. You need to get out of here quicker. You're dirty mate. Look at your shoes. Get out of here you fag… Don't stay around here any more."

Stonewall said: "YouGov polling for Stonewall shows that every year one in eight lesbian and gay people are the victim of crimes or harassment simply because they are gay. We urge victims of all homophobic crimes and incidents to report them to the police and for the police to take action to protect gay people from these disturbing crimes."

Scotland Yard responded to the original footage posted saying: "We are aware of incidents over the weekend of 12/13 January where a small group of people had harassed members of the public, and of YouTube videos showing this. "In response to this incident officers on duty are being briefed as to what has occurred and what to be on the look out for."

In 2011, arrests were made in East London over stickers declaring the area a "gay free zone" and warning that "Allah is severe in punishment".