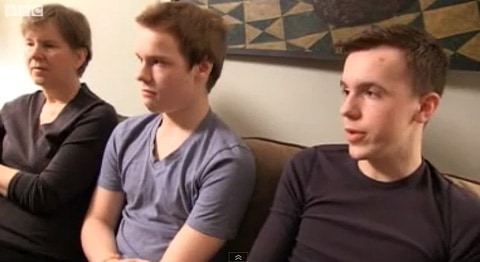 Said Lucien in an interview from their home in Kensington, Maryland: "I think that by proposing this sort of policy where local troops decide for themselves whether to admit gay scouts or not, they're not living up to their responsibility to accept everyone."

Watch the full interview with the brothers, AFTER THE JUMP… 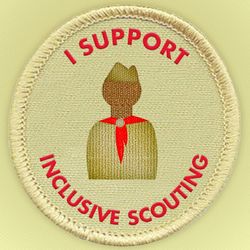 A new Quinnipiac poll shows that the public wants the Boy Scouts to drop its gay ban by a margin of 55 to 33 percent, Reuters reports:

A broad array of respondents, male or female, Catholic or Protestant, favored accepting scouts regardless of their sexual orientation, the poll showed. However, white evangelical Protestants opposed gay scouts by a margin of 56 percent to 33 percent.

"Now that the Armed Forces ban on openly gay service members has been lifted, and polls show increasing acceptance of same-sex marriage, most American voters think it's time to open up the Boy Scouts too," Peter Brown, assistant director of the Quinnipiac University Polling Institute, said in a news release.

The poll numbers were released yesterday to coincide with a planned vote by the Boy Scouts on the gay ban. However, that vote was postponed until May, with the BSA saying that "due to the complexity of this issue, the organization needs time for a more deliberate review of its membership policy."

Watch the interview with the Tessier brothers, AFTER THE JUMP…

Find out how to convey how you feel to the Boy Scouts here.

Previous Post: « Have a Whale of a Day: VIDEO
Next Post: A Stunning Song for Bullied Gay Teen Jamey Rodemeyer: VIDEO »