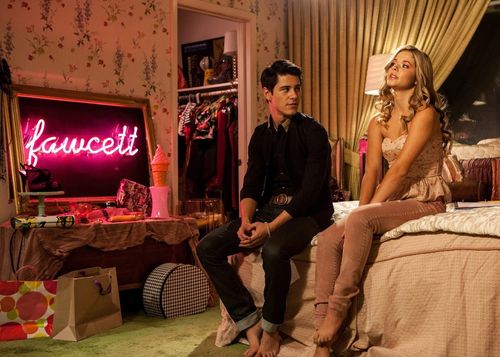 Darren Stein, who directed Jawbreaker, is putting finishing touches (and crowd-funding them) on a new teen high school comedy with a gay protagonist, called G.B.F., which finished shooting last October and is set to screen at the Tribeca Film Festival next month.

G.B.F. tells the story of two closeted best friends, Tanner (Michael J. Willett, United States of Tara) and Brent (Paul Iacono, The Hard Times of R.J. Berger). Brent longs for the spotlight and has a plan that will make him the most popular kid in school. He believes that coming out will make him instantly popular, as the newest must-have teen girl “accessory”: The G.B.F. (Gay Best Friend). Tanner on the other hand, would rather fly under the radar and graduate from high school without ever being noticed.

Check out a preview, AFTER THE JUMP…