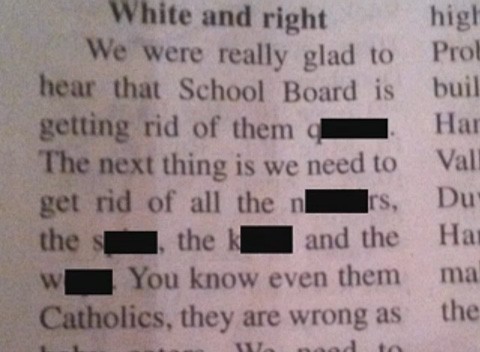 In a series of claims regarding the situation, Burns told The Lincoln Journal, late last week, that she was comfortable exposing what she termed the "completely inexcusable trashing” of her sexuality and her "so-called lifestyle” by the school system. She further alleged that students had been forced to write submissions saying that she had "tried to turn them gay.” Burns expressed her overall dismay regarding the process in her comments to The Lincoln Journal. "What has this process taught our youngsters? Every day they stand and recite an anti-bullying pledge right after the Pledge of Allegiance. And then they watch for months one of their favorite and most successful teachers be bullied by some staff and administration. The fact is some students actually went on record to teachers and administrators, saying that they were tired of watching me be trashed and slandered and bullied in the classroom. It was brave of them and I admire them for that,” Burns said late last week.

The Journal itself is now coming under fire for publishing a letter it received regarding Burns' dismissal.

Said the letter, which was transcribed from a voicemail the paper received:

"We were really glad to hear that School Board is getting rid of them queers. The next thing is we need to get rid of all the n****rs, the spics, the kikes and the wops….You know even them Catholics, they are wrong as baby eaters…We need to clear them people out and have good, white, God fearing Christians and everybody else needs to be put to death for their abominations….We'll keep Lincoln County white and right. Thank you."

The Lincoln Journal posted a lengthy interview with Burns online about the letter and the dismissal.

Watch the interview, and a news report on the printing of the letter, AFTER THE JUMP… 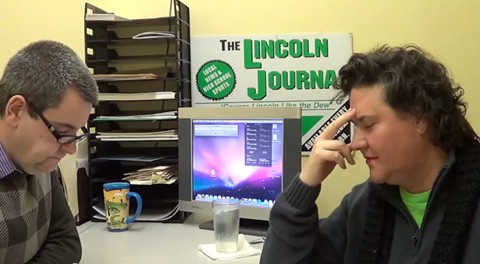